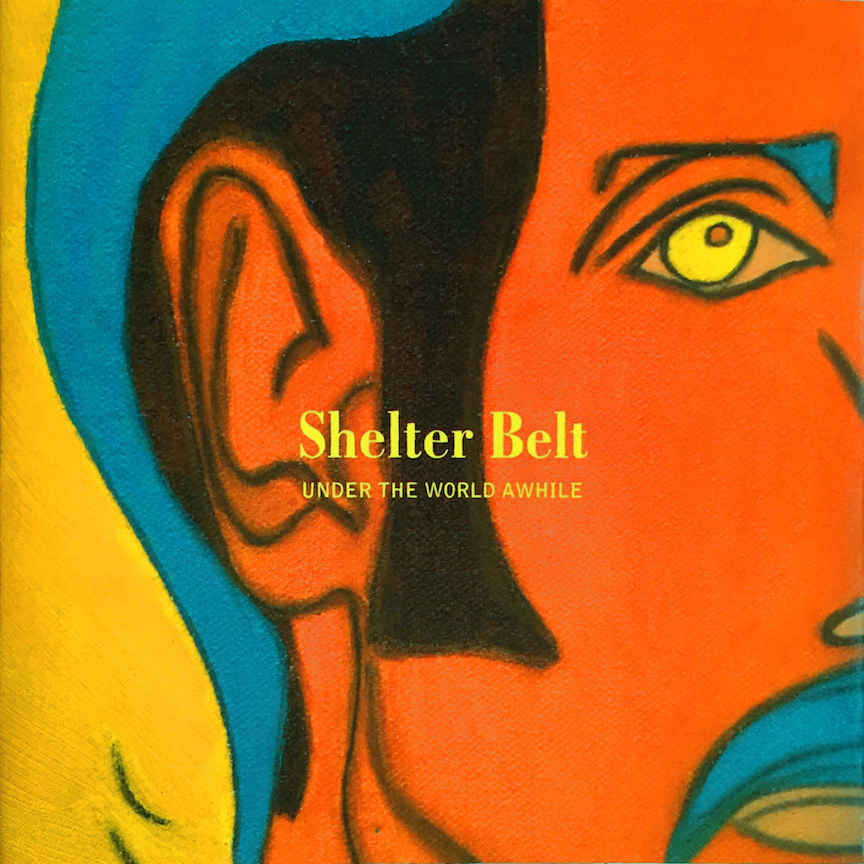 5. VIllains Of The Footlights

8. So Sweet (I Have To Dance To Keep You Crying)

10. I Probably Don’t Love You That Much

“The music is rich and meticulous in sound and arrangement, buoyed by Jesse Otto’s sensitive and soulful vocals.”
—Gary C.W. Chun of the Honolulu Star-Bulletin (Honolulu, Hawaii)

“With music so diverse in each of their songs, Shelter Belt will have you hopping and dancing at one moment and grooving to their jazz club styles and beats a few moments later. Shelter Belt has a style that is for everyone. There is always something interesting.”
—Decemeil Calvin Dixon of the University of Hawaii-Hilo Ke Kalahea (Hilo, Hawaii)

“Eclecticsm is the name of Shelter Belt’s game and the band pulls it off with an exceptional brilliance. Each and every song is unique, not only musically but lyrically as well. Shelter Belt’s extensive intermixture of all types of music gives them the uncanny ability to connect with all types of music listeners. This is easily one of the most well-rounded and cohesive indie bands to come out of the Midwest in a looong time.”
—Josh Nicolay of the Washburn Review (Washburn University, Topeka, Kansas)

“This Shelter Belt CD will probably end up on a lot of ‘best of’ lists if they can get it in front of the critics by the end of the year. Maybe the biggest surprise so far in a year desperately in need of some surprises, Under The World Awhile is a giant leap forward for this band.”
—Tim McMahan of Lazy-i.com (Omaha, Nebraska)

“In the band’s follow-up to its classy ‘Rain Home,’ Shelter Belt maintains an incredible level of musicianship and ups the ante by displaying a more mature understanding of how each musician’s role in the seven-piece complements the group as a whole. ‘Under the World Awhile’ tosses the boring clichés of pop music out the window. Keeping in mind that real drums go boom-boom, not pish-pish, and horns and strings aren’t just for orchestras, Shelter Belt has created refreshing proof that popular music can be created with more than vocal effects processors and synthesizers.”
—Kathryn Harris of the Norfolk Daily News (Norfolk, Nebraska) (4 out of 4 stars)

Omaha’s most intriguing collective. Shelter Belt’s sound is all over the place.

Things start out with “If It Feels Like.” Though it’s a brief affair, Rachel Hospodka has enough time to hone her pitch-perfect backing vocals into an unstoppable, ready-for-the-primetime performance.

“Shadow,” is one of the most riveting tracks to emerge in 2007. You’ll want to start hugging this record until your dog starts looking at you like you got into her worm medicine again.

Yet, despite this high-of-all-highs moment, Shelter Belt keeps you listening through the final bars of the morose album closer, “Lake.”

But it would be totally unfair to glaze over the remainder of this triumphant disc, for there are many gems worthy of “Shadow” chatter: “Dry” is Shelter Belt’s second No. 1 spot (in a perfect world). “I Work,” while evoking ’70s arena-rock ballads, is nothing short of charming. And who could forget “Seams”? If tearjerkers are your bag, prepare for this subtle masterpiece by placing a box of Kleenex to your right, and a bottle of (use your imagination) to your left.

“Under The World Awhile” is an emotional roller coaster, for sure, but it’s one you’ll keep coming back to.